Home » Autism and the synapse

Autism spectrum disorders (ASD) affect about 0.7-1% of children and are characterized by problems with social communication, language, and repetitive behaviors. 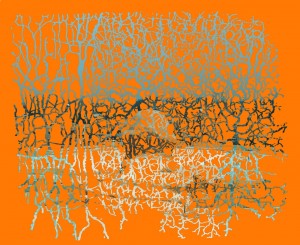 Several studies have identified genes implicated in synaptic dysfunction in patients with ASD. Furthermore, mutations in genes associated with abnormal cellular or synaptic growth rate like TSC1/TSC2, NF1 or PTEN have been identified in patients with syndromic ASD with tuberous sclerosis, neurofibromatosis and macrocephaly.

Neurexins and neuroligins are synaptic cell adhesion molecules enriched at pre- and post-synaptic membranes, respectively. Specific interactions between neurexins and neuroligins regulate various aspects of synaptogenesis and synaptic development and function, regulating the excitatory or inhibitory currents and their balance. SHANK family genes encode scaffolding proteins enriched in the postsynaptic density (PSD), a postsynaptic membrane structure composed of multi-synaptic complex proteins. Mutations in NLGN3/4, SHANK3, or NRXN1 alter synaptic function and lead to mental retardation, typical autism, or Asperger syndrome. The mTOR/ PI3K pathway is associated with an abnormal cellular/synaptic growth rate, whereas the NRXN–NLGN–SHANK pathway is associated with synaptogenesis and  an imbalance between excitatory and inhibitory currents. 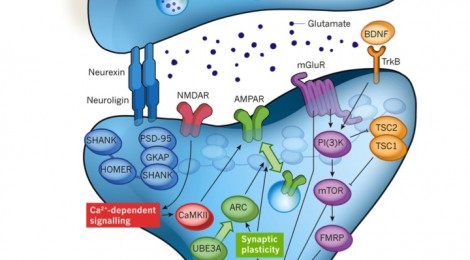 The imbalance between excitation and inhibition can also be related with an abnormal maturation of GABAergic function. During the first stages of brain development, GABA, the major inhibitory neurotransmitter in the adult brain, has an excitatory role and the developmental process that allow this change from excitatory to inhibitory function has been reported as impaired in disorders like Tuberous sclerosis, Fragile X, Rett Syndrome and some neurometabolic diseases.

In conclusion, several synaptic role players have been reported as relevant for ASD and the study of these mechanisms is widening new therapeutic horizons. To learn more: In this section you will find relevant research and recent findings about how the synapse is affected by ASD in children and adolescents.