Home » Can creativity be trained? Music and the brain

Creativity is defined by novelty and meaningfullness and the creative production involves the generation of new possibilities as well as the selection and combination of previously produced ones. Several areas in the brain have been related with creativity: dorsolateral prefrontal cortex, the anterior cingulate cortex, the presupplementary motor area, and the inferior frontal gyrus (see the picture below). As it is the case for other complex cognitive processes, there are no single mapping with a specific task in a specific brain region but the different brain regions appear to interact as a network. 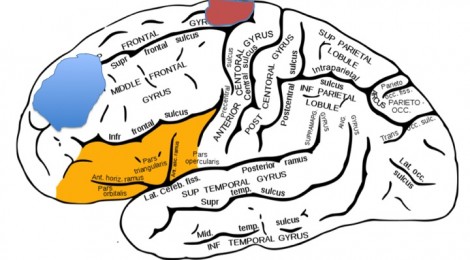 In the recent study, “Connecting to Create: Expertise in Musical Improvisation Is Associated with Increased Functional Connectivity between Premotor and Prefrontal Areas”, Pinho et al, investigated a sample of pianists with experience in classical piano playing and improvisation. Brain activity was measured with functional MRI while the pianists performed brief keyboard improvisations. They aimed to understand if creative and training performance were subject to similar effects in the brain and if experienced creators have more extensive task-specific functional connectivity between the distributed neural circuits that are involved in creative performance. During improvisation, more trained improvisers displayed an overall lower activity in frontoparietal association areas, as well as greater functional connectivity among bilateral dorsolateral prefrontal cortices, dorsal premotor cortices, and presupplementary areas. 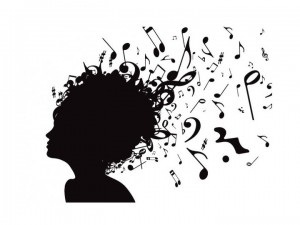 These findings are relevant to understand the impact of music training in the brain, not only classical training but particularly improvisation. Can creativity be trained? How can we improve our capacity of interaction and discovery? Amazing questions addressed in this work!