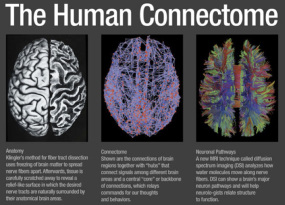 This work studying the connection to and from a single neuron, at an extremely precise level, is made possible using the Functional MRI (fMRI) in brain resting state.

The fMRI measures differences in neuron metabolism when the activation of a determined action is induced. By doing this, different areas are activated at the same time and that added difficulties on a clear final interpretation. A new idea was then introduced: the one of monitoring the “resting state” or “task free” state of the brain while focusing on blood oxygenation fluctuations. This was proven to be really useful in the process of elucidating the connection between neurons while monitoring the synchronized activity of different areas.

What the work of this Nashville-based U.S. neuroscientific team in collaboration with their Hungarian colleagues contributes is the understanding, for the first time, of what connections a single individual neuron possesses, and how many connections it receives. They have demonstrated their findings using the somatosensory cortex of a primate, combining high resolution MRI images, invasive methods to record electrical activity, and optical methods to trace the anatomical connections.

Perhaps this won’t be the definitive path to the global understanding of brain functioning, as brain functioning is not only about connections at a macroscopic level, but also about proper coordination at a micro-molecular level. But however we look at it, this will definitely be a really powerful tool in the comprehension of dysfunctional connections in pathologies like autism, dementia and degenerative diseases as well as neuropsychiatric diseases, not to mention more incoming options such as ictus, regeneration mechanisms, and neuron transplantation…

We would love to hear your ideas and opinions about this exciting news!