Home » NP diseases and synapsis » Epilepsy and the synapse

Neural communication in the healthy brain allows the integration of a sensory input and the build up of an appropriate response that is based on a balance between the activity of excitatory and inhibitory systems. Epilepsy, a disorder that affects 1% of the population worldwide, is classically thought to arise from an imbalance between excitation and inhibition in a localized region, multiple brain areas or the whole brain. However, this is clearly a simplistic view, since many new mechanisms related to synaptic release, ionic channels physiology, energetic metabolism and others have been encountered in molecular and neurophysiology studies. Long-term changes in presynaptic morphology and synaptic vesicle recycling have been described in animal models of epilepsy. These changes include alterations in the morphology of mossy fiber synaptic buttons, including increased size, number of release sites, and number of vesicles in the reserve pool and the readily releasable pool. 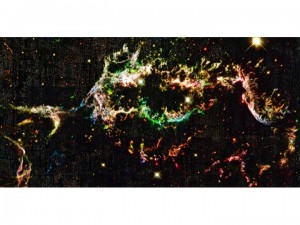 The image is Copyright Audrius V.Plioplys 2013

Mutations in genes that code for elements of the neurotransmitter release machinery and the efficacy of anti-epileptic drugs that act at the synaptic vesicle level bring our attention to the relevance of the pre synaptic compartment for epilepsy. At the post synaptic level several neurotransmitter receptors, ionic channels and cotransporters, scaffolding molecules and signaling pathways have been implicated in epilepsy and epileptogenesis, and also as targets for anti-epileptic drugs.

From a child neurology perspective, it is particularly relevant to consider the normal patterns of brain maturation, regarding the GABAergic and glutamatergic systems. The immature brain is skewed towards excitation and different molecular mechanisms contribute to this status: the depolarizing effect of GABA and the overexpression of AMPA and NMDA receptors create a composition that enhances excitability of neuronal networks. Astrocytes play a crucial role in regulating and maintaining the extracellular chemical milieu of the central nervous system under physiological conditions. The astrocyte plasma membrane is rich in receptors for neurotransmitters, growth factors, cytokines, and chemokines. The astrocyte plasma membrane also contains transporters for numerous molecules, such as potassium, water, glutamate, glutamine, glucose, ketone bodies and lactate. Cytoplasmic processes of astrocytes are juxtaposed to excitatory synapses, forming what is often referred to as the tripartite synapse. Astrocyte processes take up synaptic glutamate with high efficiency because of the abundance of high-affinity excitatory amino acid transporters on the plasma membrane of the processes. Disturbances in these processes and also in the metabolic activity inside the astrocytes have been implicated in epilepsy pathophysiology.

To learn more: In this section you will find relevant research and recent findings about how the synapse is affected by epileptic disorders in children and adolescents.