PRIMARY NEUROTRANSMITTER DISORDERS are a group of inherited neurometabolic diseases attributable to disturbances of neurotransmitter synthesis, degradation, or transport. Monoamine, GABA and glycine defects are the most common groups of human neurotransmitter diseases. The monoamines regulate brain functions such as movement, behavior, emotions, temperature, blood pressure and endocrine secretion. Disorders of monoamines include L-dopa related movement disorders and early complex encephalopathies. GABAergic transmission regulates epileptic mechanisms, cognition, behavior and arousal level. Clinical presentations include epileptic encephalopathies, intellectual disability, behavioral disturbances and episodes of lethargy. Glycine defects produce severe epileptic encephalopathy (due to defecst in the cleavage system) and hyperekplexia (due to mutations in glycine receptors or transporters). Other disorders include defects in the metabolism of pyridoxine and its derivative, pyridoxal phosphate, a cofactor necessary for the synthesis of several neurotransmitters. 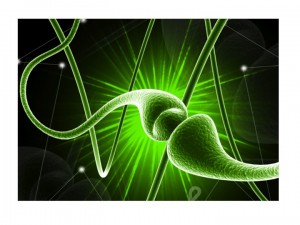 Some neurotransmitter disorders are treatable and require the study of cerebrospinal fluid metabolites for diagnosis.

Detailed information about every defect can be found in the section: Neuropaediatric diseases and synapsis.