Rare diseases, and in particular, inborn errors of metabolism (IEM), are useful paradigms or models of brain dysfunction.

In fact, over the last decade, the field of inborn errors of metabolism (IEM) has become one of the most important areas of innovation in mechanisms of disease in  children’s brains. Although these are rare diseases, they represent models of brain dysfunction associated with aberrant neurochemistry. They produce genetically determined alterations in biochemical pathways and generate a repertoire of neurological signs that can be associated with a particular biological marker.  There are numerous examples:

However as they are rare monogenic diseases, they are normally considered a separate field in paediatric neurology. Additionally, disease mechanisms while better understood in rare diseases, are poorly understood as they relate to more prevalent conditions.

Our project aims to connect rare neurometabolic diseases and common neuropaediatric conditions.  IEM affecting the brain provide informative data about synaptic metabolism. In particular, the IEM of neurotransmission systems such as dopamine, serotonin, GABA and glutamate, are interesting models to understand other common neuropediatric disorders involving those neurotransmitters. These new connections could help to reverse the classical clinical approach and to study these conditions based on the biology of neuronal communication systems. This will help to explain that the same genetic defect can produce different symptoms in different patients (such as epilepsy, autism, mental retardation or neuropsychiatric disorders). Alternatively, there should be a common mechanism in every neurological symptom regardless the aetiology. 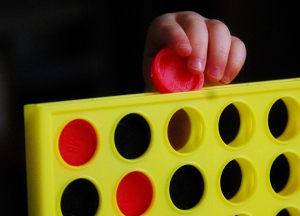