Cognitive neuroscientists are investigating what happens in the brain during the creative process. Conventional notions about creativity were based on the differences between the right and left brain. The left brain was considered to be responsible for realistic, practical, analytical and logical functions whereas the right brain was supposed to be involved in creativity and imagination.

The latests investigations suggest that this distinction is not correct since creativity does not involve a single brain region or a single side of the brain. During the creative process cognitive functions and emotions interact involving different areas from both the left and right side of the brain.

Concentration, imagination and selective attention are critical elements that work together during the creative process. Interestingly, specific brain networks for every element have been described.

The Executive Attention Network allows concentrating on a particular task (such as solving a problem) and involves communication between the prefrontal cortex and the parietal lobe.

The Default Network (described by Buckner and col) could be considered “The Imagination Network”. This network is active during directed tasks that require to remember personal past experiences, think about the future, and when imagining alternative scenarios to the present (or  projecting themselves into different settings).   It involves areas of the prefrontal cortex, temporal lobe and parietal cortex. 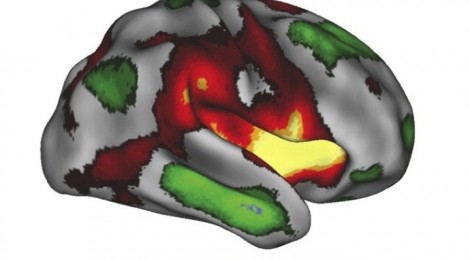 The Salience Network communicates both external stimulii and the internal state of consciousness. It detects any aspect of a stimulus that stands out from the rest and involves the dorsal anterior cingulate cortices and anterior insular and is important to switch from one network to the other.

These networks interact in a dynamic play depending on the task and the emotional state. The neuropsychologist Rex Jung and colleagues suggest in their review that when your imagination is free floating and ideating new possibilities, the executive attention network reduces activation in order to  minimize the inner critic. After this free association task, the analysis and critical review of the creative ideas require the activation of the attention network again. We switch  from one network to the other and involve different brain regions in both sides of the brain.